Tottenham striker Fernando Llorente has been linked with a shock move to Championship side Leeds, which could bring his frustrating spell in north London to an end.

Llorente is expected to leave Spurs in the near future and the 33-year-old striker is being pursued by a number of clubs with United currently leading the way for his signature.

A move to Elland Road would see Llorente re-unite with his former manager Marcelo Bielsa, having previously featured for the Argentine during his time at Athletic Bilbao. 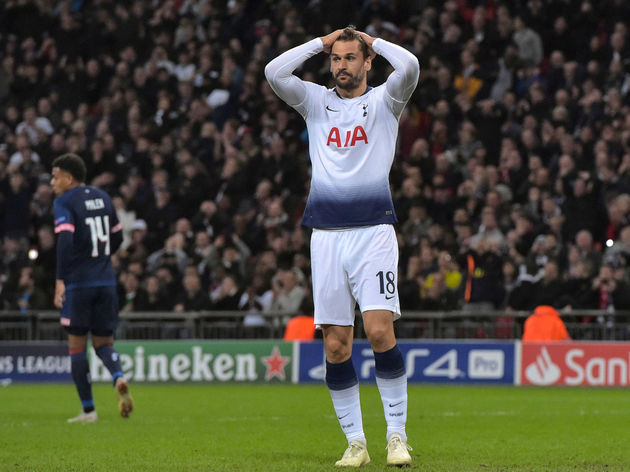 According to the​ Sun, Leeds will only have to pay £4m for the Spaniard as ​Spurs are keen on selling the striker before his contract expires in the summer, while Llorente is also reportedly eager for a move away.

Under the guidance of Bielsa, Llorente scored 34 goals for the Basque club over a period of two seasons, propelling them to the finals of both the Europa League and the Copa Del Rey in 2012.

Llorente has suffered from a lack of game time under his current boss Mauricio Pochettino, featuring almost exclusively as a substitute since signing for £12m from ​Swansea City in 2017. Llorente would add to Bielsa's attacking options at ​Leeds and could occupy the role of the club's main target man, playing alongside the likes of Kemar Roofe and Patrick Bamford.

With the Whites currently third in the Championship, Bielsa will hope that Llorente will bring the experience needed to help the club achieve promotion to the ​Premier League.

Leeds face competition in signing Llorente from his former club Bilbao who are keen on bringing the striker back to the San Mames stadium.

The former Spain international was a hugely popular figure with the fans at Athletic, graduating through the youth academy before making over 300 appearances during an eight-year stint at the club.