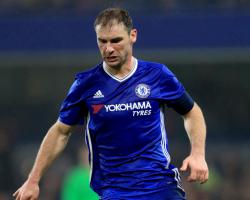 Winger Deacon has scored five goals to propel National League Sutton into the fourth round and a dream home tie against the Premier League hopefuls.

As a result, his team-mates refer to him as 'magic man'.

Yet the 25-year-old has an extra motivation to sparkle against Leeds as he attempts to turn around a career that began at Arsenal but currently resides in non-league.

"These are the teams and the players that you want to be playing against week in, week out," he said.

"I want to get back to the top and playing at big stadiums against big teams so showing what I can do against Leeds is another step in that direction."

Deacon had been at Arsenal 10 years, in the same age group as Jack Wilshere and training with first-teamers like Cesc Fabregas and Robin van Persie, when he was released aged 19 without making a senior appearance.

Two years at Sunderland followed, again with no first-team breakthrough, before a steady drop down the divisions via Stevenage and Crawley to Sutton.

"I was at Arsenal a long time, it was a big part of my life," he recalled.

"You always think as you go through the age groups, signing scholarships, professional contracts, that your chance will come.

"But it didn't happen for me, which happens to a lot of players, so you just have to take it on the chin and move on, which I did.

The manager Martin O'Neill was always talking to me, telling me how close I was, but it just never happened.

You have just got to take the good and the bad and keep riding."

Should Sutton pull off yet another shock, Deacon revealed he would love to draw Manchester United, the team he supports, at Old Trafford.

"Of course, I'd love to play against them and show them what they potentially missed out on," he admitted.

"But I'm not going to dwell on the past, it's the here and now and Sunday is another chance to show what I can do."

Manager Paul Doswell is hoping his magician can pull another rabbit out of the hat at a sold-out Gander Green Lane.

"He's almost like a talisman for us, with his goals and the timing of them," said Doswell

"We've dubbed him the magic man and it's fair to say without his magic we would not be sitting here now."