Occasion to commemorate first black player to appear in an FA Cup Final.

A special Leeds Civic Trust Blue Plaque to commemorate the life of former player Albert Johanneson was unveiled on Friday evening ahead of the Derby County fixture.

The plaque was officially unveiled by Samantha Jones, granddaughter to Albert Johanneson, along with Brian Deane and Councillors Judith Blake and Jane Dowson, both who played a huge role in the event taking place including helping to fund the project.

Also heavily involved in the special occasion were the Leeds Civic Trust who created the blue plaque and the Leeds United Supporters’ Trust who helped to sponsor the plaque. 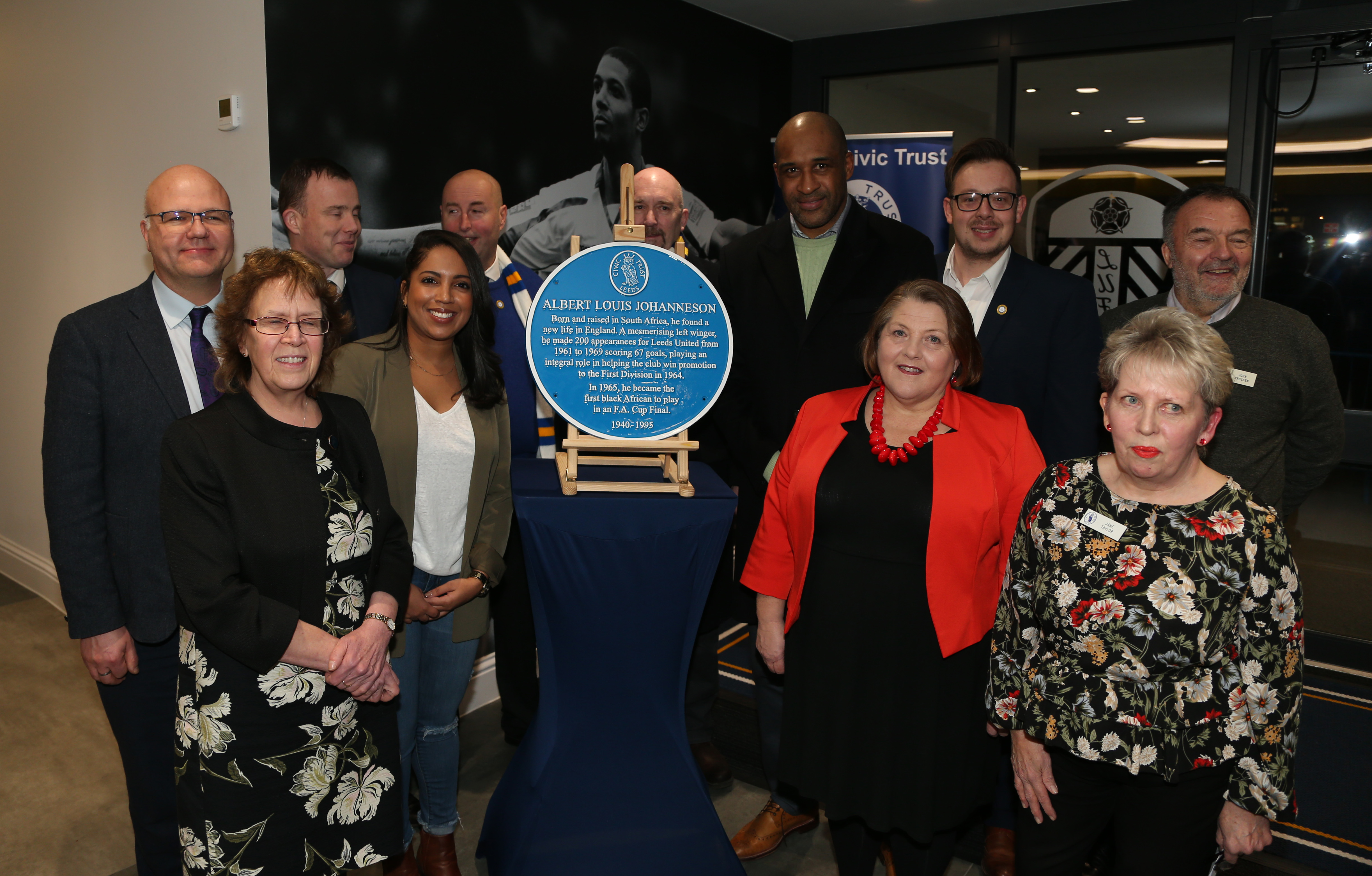 Director of Leeds Civic Trust, Martin Hamilton, said: “It has been a long-standing aim of our ours to honour this great footballer who brought so much pride to this club and city, and it seems especially appropriate that the unveiling helps to kick-starts the club’s centenary celebrations.

“Blue plaques honour some of the city’s great men and women, and Albert now stands shoulder to shoulder with them.”

Steve White from the Leeds United Supporters’ Trust, added: "In what is a special year for the club, the city and our supporters, what better way to start 2019 than by commemorating Albert Johanneson's contribution to Leeds United history. Albert is recognised as the first black player to play in an FA Cup final.  He played 200 games for the club, winning many admirers and, as a trailblazer, was an inspiration to so many.

“We're very proud to have played a part in creating a blue plaque for Albert and to add this piece of heritage to Elland Road. We hope and trust that Members and Leeds fans alike will be delighted when they see this wonderful accolade in pride of place outside the East Stand reception area.”

Thank you to everyone who played a part in creating the blue plaque and the unveiling ceremony in honour of Albert. The plaque will be in its permanent location outside the East Stand reception from Tuesday 15 January.