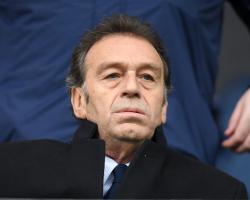 The investment by sports media tycoon Radrizzani, through his company Aser Group Holding, meant a share of the club with the controversial Cellino.

Here is a look at Cellino's stormy tenure at Elland Road.

May 30 2014 - Manager Brian McDermott, who Cellino had previously tried to sack, departs club by mutual consent

Redfearn reverts back to academy boss

Later accuses head coach of ''talking too much''

Edoardo later apologises after calling one a ''spastic''

November 28 2016 - With Leeds enjoying a period of stability on the field, Radrizzani admits he is working on a deal to purchase some of Cellino's stake in Leeds

December 7 2016 - As reports emerge that Cellino is to be banned by the FA for breaching its agent regulations over the sale of Ross McCormack, the Italian releases a statement saying he intends to appeal