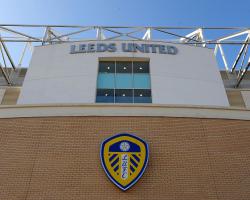 Club president Massimo Cellino denied he was ready to sell his controlling 75 per cent stake at Elland Road amid mounting speculation, but confirmed he had held talks with representatives from the Formula One giant last week.

The Italian businessman is open to offers of investment, it is understood, but vehemently denied he was prepared to walk away from the club he bought from Gulf Finance House Capital in April.

Red Bull, it had been reported, was keen to take full control, but in a brief statement the energy drinks manufacturer told Press Association Sport it did not propose to enter into a partnership with the Yorkshire club.

"We can confirm that Red Bull has no plans to take over Leeds Utd nor take a stake in the club," Red Bull said.

It was reported in national newspapers at the weekend that Red Bull officials had been in Leeds last Wednesday and it is understood they met with Cellino on Thursday.

Cellino told the Yorkshire Evening Post on Monday that the rumours were "100 per cent not true" and were "disrespectful".

"We talked with an agent who said he was working for Red Bull, but I'd never met him before and I don't know what Red Bull want to do. I'm not selling the club," Cellino said.

Leeds' new head coach Neil Redfearn meanwhile, is preparing for his first home game in charge on Tuesday night against one of his many former club's Charlton.

Redfearn, who signed a rolling 12-month contract to replace Darko Milanic at the weekend, is bidding to end Leeds' seven-game winless run that has seen the club slip to within four points of the relegation zone.