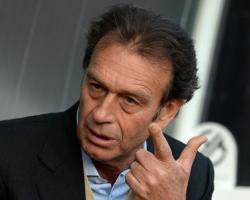 Radrizzani, 42, bought a 50 per cent stake in the Sky Bet Championship club through his company Aser Group Holding in January and it has been widely reported he had the option of completing a 100 per cent takeover at the end of the season if Leeds failed to win promotion.

Radrizzani, who has also become chairman with immediate effect, told the club's official website: "I am delighted to have the opportunity to become a custodian of this great football club

"The heritage and history of Leeds United attracted me to the club and having spent time at games and at Thorp Arch, I can see that we are ready to move forward to the next level.

"This is a long-term commitment, there is a lot of hard work ahead of us and I am aware of my responsibilities as owner of Leeds United.

"I can assure all supporters that everyone at this club will be doing all we can to build a successful team at Elland Road."